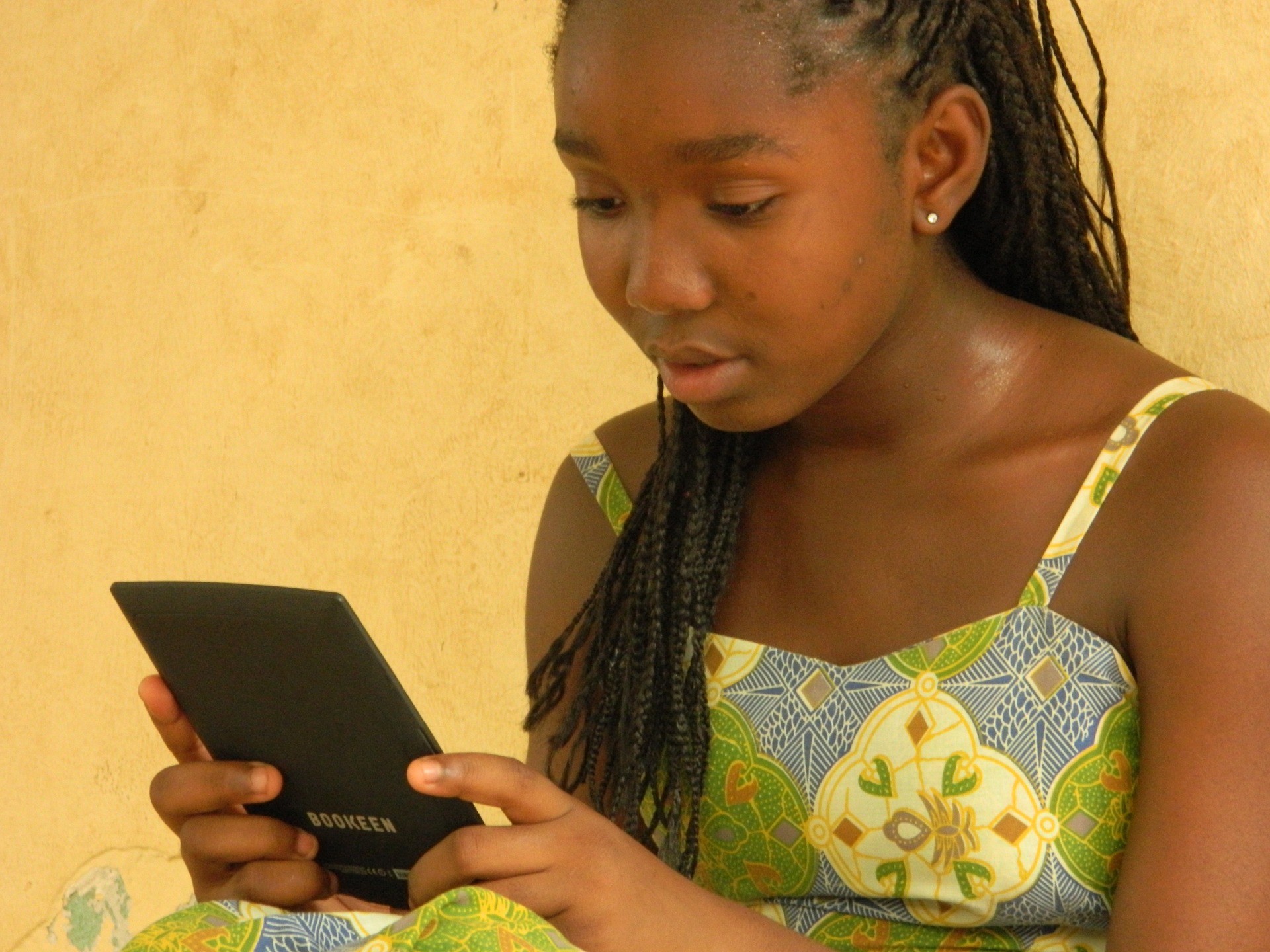 The last year has seen a rather contentious debate over whether sensitivity reading — the practice of having stories critiqued or edited by people who represent the marginalized communities from which characters might come — constitutes censorship.

This actually isn’t a new issue. Nearly 20 years ago, Debbie Reese, a member of the Nambe Pueblo tribe and founder of American Indians in Children’s Literature, wrote for School Library Journal about the harm that non-Native writers can do when writing about Native cultures without sensitivity:

Like other children, Native children should be able to choose books with characters from their communities that make sense to them, books that reflect who they are with integrity and sensitivity. Children who are not Native should be able to choose titles about Native Americans–be they set in historical or modern times–that are free of outdated, stereotypical notions and free of factual errors.

The same is true of other people and cultures. If I hadn’t been sure of that before, I was convinced when I read author Dhonielle Clayton’s interview in Vulture about her work as a sensitivity reader:

I read a middle-grade book about a little black girl who loves to go to national parks, and I told the author that the first thing she needed to reconcile was, how did this black girl get into national parks? Historically, black people weren’t allowed to visit national parks, so going to national parks is not a thing we do, as a group. I wrote to her that if this little girl loves to camp, you need to figure out how that happened, how that passion was stoked, how her parents and grandparents felt about it. Or you have to make her white. Because otherwise it’s a paint by numbers diversity piece and it rings false.

This kind of detail is not something that I would ever have known or picked up on, and it’s why I cringe when I see white authors complaining about “reverse racism” in publishing — the practice of actively seeking marginalized voices. As if any of us would ever have written something so sensitive and brilliant as Angie Thomas did in The Hate U Give, for example.

Our best intentions can still do harm

True: white authors can get it right (at least as far as other white readers can tell). Thomas Mullen’s Darktown did a great job of showing the deep-seated racism within the 1950s Atlanta Police Department through the eyes of both black and white officers. (Although, I do wonder what Colson Whitehead or Walter Mosley might have done with this theme.)

Other times, though, we don’t do as well. My overall appreciation for Joe Hill’s Strange Weather is dampened by the final scene in the book’s second story, “Loaded,” which seems to throw away the story’s great buildup and characters. I’m sure that was the intent, to prove a point about liberal tolerance; Hill isn’t a lazy author.

In his list of acknowledgments, however, Hill writes about the extensive vetting he did, engaging members of the military to read and ensure he accurately portrayed weapons… yet never mentions whether he did the same with people of color, or a lesbian reader.

That isn’t to say that Hill’s black, Latina, lesbian, and other characters aren’t authentic and relatable. They are; that’s why I loved them. If Hill did ask sensitivity readers to vet them, I wish simply that he’d talked about it the way he talked about vetting his military and gun details.

Because sensitivity reading isn’t about being a “social justice warrior.” It’s acknowledging a depth of experience that I don’t have, and that without that depth of experience, I can’t write characters that are relatable enough to readers.

Put another way, if I, as a woman, had only women’s fiction to read that had been written by male authors, then some bits would likely not ring true. That might not only put me off reading; worse, it would perpetuate inaccuracies about women that unknowing male readers would buy into.

I’ve written before about my struggles to learn to write more sensitively, and trying to avoid making mistakes like the one J. K. Rowling made. This past summer I decided to put my money where my mouth is, and engage sensitivity readers for my work.

I’d written two short stories. One was a project I’d started years ago, set in New Orleans, a place that had always intrigued me. The other was a spur-of-the-moment response to a movie screening I attended. But for both, I recognized that I was out of my depth.

I visited New Orleans in the spring of 2016, for work, but also to get a true sense for the city. The first thing I noticed, walking the French Quarter that first evening, was how inauthentic it seemed; like facades meant to simulate the storied city, a Disney exhibit.

This sense was reinforced when I read Tales from the Haunted South: Dark Tourism and Memories of Slavery from the Civil War Era, a 2015 book by Professor Tiya Miles. It was Miles’ insights about the Yoruba religion and the exploitation of black bodies — through slavery tourism centuries after the first exploitation — that led me to include her viewpoints through the eyes of a white character who, having helped people rebuild and renew following Katrina, has become more sensitive to his new neighbors.

Getting this right, though, required nuance. I still worried that I was writing touristy lore, not a piece that connected to the city’s much deeper, richer history. My main character needed to interact with characters who represented New Orleans’ future as much as its past, and they needed to be representative of the people who live there, as well as respectful of the people who came before.

In a similar way, my response to the documentary “Salam Neighbor” — questioning how my own 10-year-old son might respond to living in a refugee camp — was only my own, white, Christian-raised perspective. How an actual young Muslim boy might see his world was an entirely different matter.

I’d learned about Justina Ireland’s Writing in the Margins from Twitter. It’s a site designed primarily for#ownvoices authors, but it includes a database of sensitivity readers from multiple walks. I reached out to two readers who seemed to fit the unique mixes of religious, cultural, and historical insights I was seeking.

I did this in the spirit I approach all my beta readers: making no assumptions that what I’ve written is any good. Validation is great — it’s a rush to hear you’ve gotten it right — but it’s even better to receive feedback that helps you hone what it was you were trying to say to begin with.

That’s exactly what the feedback I received accomplished. Renee Harleston, one of the two readers I engaged, helped me see where I’d become locked into thinking of my characters as I’d originally conceived them — and how adjusting my viewpoint could get my points across better.

Renee also pointed out language that I was using — in the name of getting deeply into my main character’s head, showing her latent racism — that could have made me appear to be the racist. That was a matter of adjusting my writing style, which affected the story not at all. In short, while I’ve got a long way to go, sensitivity reading is making me a better writer.

What if we fear not censorship, but sensitization?

Indeed, there are more positive ways to advance this conversation than continuing to depict people of color as victims of white supremacy. In these times, we need life to imitate art rather than the other way around. Witness this weekend’s euphoria around the movie Black Panther. Art should raise people up, not imitate life and grind us down — and for people who are ground down as it is, representation is more important than ever.

Over at her blog, Writing Diversely, Renee wrote:

Authenticity is tricky, even if you share the same identity with your character, and even harder when you don’t. This is for many reasons, the primary being it’s hard to separate what media has shown us what’s true of marginalized people and what’s actually true for them and if you aren’t a member of that group you’re most likely relying on the media to fill in the gaps that your personal experiences, or lack their of, has left for you.

And as Anna Hecker wrote last month for Writer’s Digest:

“… rather than censoring my book, my sensitivity readers made it objectively better. By pointing out places where I’d unwittingly succumbed to stereotypes, they helped me create richer, more nuanced characters.

“Without red-lining specific words, they suggested new terms and topics I could research to make the details of my characters’ lives more authentic. Perhaps best of all, they opened up my eyes to my own ingrained bias in how I perceive and describe people of all races.”

So no. Sensitivity readers don’t censor. They sensitize. If we push back against them, it’s because we’d rather remain desensitized. After all, this stuff is painful — realizing not just what fellow human beings endure, but also our own place in that dominant society.

We personally may not be intentionally racist. We may even, as women or teens or members of other marginalized groups, endure microaggressions of our own. But we can’t complain about “mansplaining” or being talked over or having our ideas appropriated without remembering how it felt, recognizing the times we may have done exactly the same things, or without humbly accepting our own mistakes and pledging to fix it, as this tweet shows: People who spend years living in another culture sometimes observe that there is always something new to learn, whether it’s a new language colloquialism or cultural nuance, that the natives intuit from being born and raised with it. Those of us who write to process the world we live in, then, might make this the foundation of our work, and to honor the many different intersections in our work by:

It’s scary. There are assumptions we grew up under that seem to be all topsy-turvy. To add even more topsy-turviness to our personal world seems like too much to ask. But it’s important to keep in mind that those assumptions were illusions all along, that there were nuances and context being left out of the narrative that we never even knew were there to miss.

If we are truly writing to process our world, then let’s process it: engage those sensitivity readers, shake up our own assumptions, opens ourselves to a world of possibilities — and make our writing, our reading, and our lives richer.