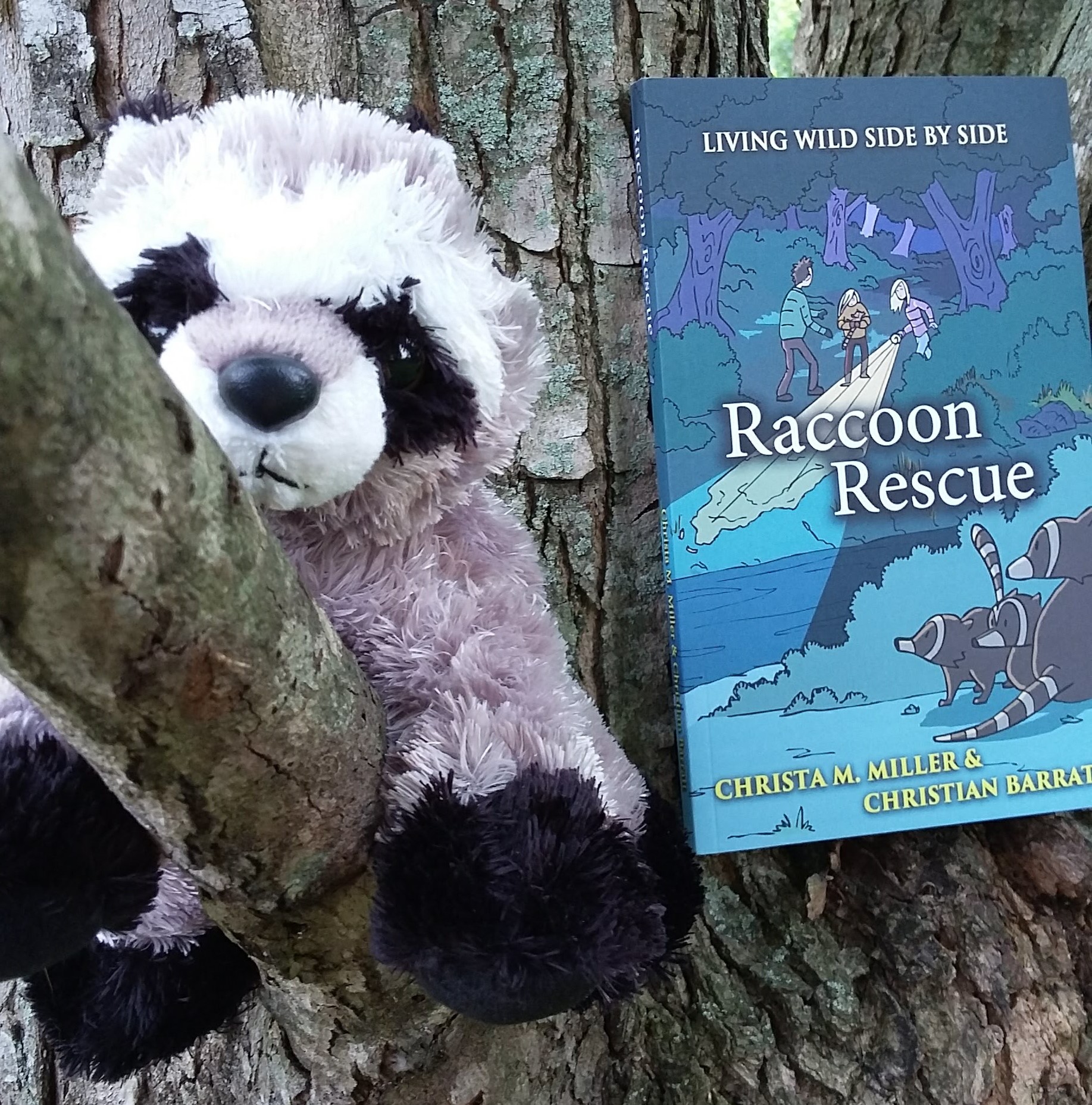 For such a spur of the moment thing, this past week’s contest turned out to be a lot of fun! I did turn it around fairly quickly, and it remained largely the domain of friends and family, but the results are in:

The raccoon’s name is Roxy, and the winner (who suggested it first) is Cathy Coley!

How the name came about

Roxy was an early, and consistent, favorite across Facebook, Twitter, and Instagram. Winning entrant Cathy told me that she liked the idea of the mascot being named for a character in the book. So did I, but I couldn’t decide whether she should be a Roxy or a Renae! Interestingly, even though Renae is central to the book’s climax, her name didn’t end up on the list, which shook out like this: And there was a surprise towards the end of voting — a name that a single IP address voted for 7 times. No other IP address voted multiple times, so I had to disqualify six of those entries, making Roxy the clear winner. Things I could have done differently… I could have drummed up additional buzz by posting the contest on different writers’ groups and listservs. I did make my Facebook posts public, of course, and my Twitter and Instagram accounts are public, but I didn’t stress about counting eyeballs because, well, this was a fun, lighthearted, ad hoc thing that I just didn’t want to stress about.

(In full disclosure, Cathy is a good friend who had already purchased a copy of the book. The donated copy will go to her daughter’s school library, which makes me happy. Go check out Cathy’s middle-grade novel Felix the Comet if you’ve got a child who loves astronomy!)

The real-life inspirations behind Roxy, Rufus and Renae

Did you know, though, that the three raccoon kits’ personalities were written to match real-life behavioral patterns? In my head I fist-pumped the air when my rehabber friend, reading the story, remarked, “There’s always that one!” when I introduced Renae, who had been hiding behind her mother. Roxy, Rufus, and Renae are all “that one” in a litter: the feistiest, the hungriest, and the shyest.

In fact, these characteristics are important in nature. A feisty raccoon is a great self-defender, and defends her kits, too. A good eater is a good scavenger. And a shy raccoon is good at practicing caution. She isn’t too quick to approach strangers or new situations where she might get hurt.

Stuffed Roxy is, of course, not as full of as much personality as her namesake! Or… is she? In the spirit of other stuffed animal Instagram accounts (not, mind you, that I necessarily want her to be a celebrity!), she might just turn out to be feistier than her sweet-looking nature appears!

3 thoughts on “The mascot naming contest winner (and the name)!”