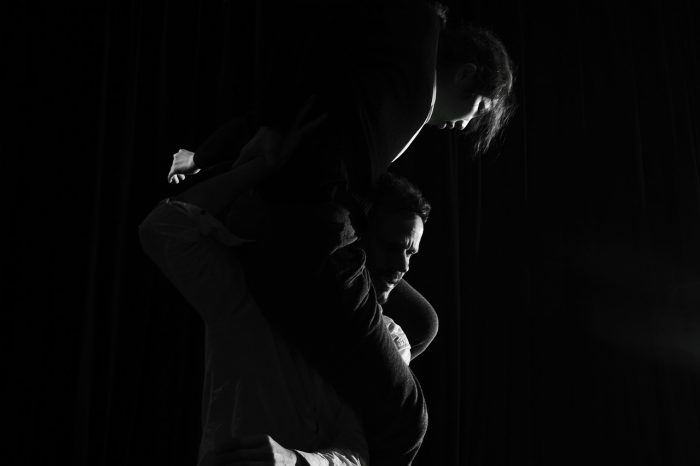 Serendipity surprises me sometimes in the way it brings different elements together, either a set of new things that become a pattern, or new facets of something I’m already thinking about. Then again, maybe like Fox Mulder, I just want to believe!

First: the “dark side of empathy”

Mere days after my last blog about extending my empathy for others inward, NPR published a new article: “Does Empathy Have a Dark Side?” The key argument, an interview with Professor Fritz Breithaupt revealed, is:

“… beings with empathy understand that there are all these different minds around [that] have different experiences and different feelings. They can participate in them… people want to manipulate the people they empathize with so that they can, through them, experience the world in such a way that they really enjoy it.”

I could see the point he was trying to make; narcissists, for example, have an uncanny way of targeting vulnerable people through empathy. They use it first to win over their targets, and then to manipulate them to staying in the relationship. This was a dynamic I wrote about in my second novella, “The Kings of Babylon”:

Clyde went to the kitchenette, pulled out an electric kettle, ran tap water into it, set it on its coil and turned it on. “Guys like Gibb,” he said, “are only interested in themselves. It’s nothing you did, Annika. Nothing about who you are. It’s him. Do you understand that?”

Yes, she understood. But only in words and reason. The emotions were what she couldn’t reconcile. “It just happened so quickly,” she said.

“Did it?” he asked. “Or were there other signs? Ones maybe you didn’t pay attention to because it didn’t fit your view of him?”

Yes. There had been. What did that say about her? “How could he only be interested in himself if he rescued me,” she said.

“Because it reflects well on him. He’s got this self-image, understand? He needs to do stuff that supports it.”

“But he loved me.” Her voice thick and muted as if from underwater. “Until he didn’t.”

“No, Annika. He pretended to love you. Or he thought he did, until he realized he didn’t. It doesn’t matter, does it?”

That dynamic, as Professor Elizabeth A. Segal wrote later that week in her article, “There’s No Dark Side to Empathy, Just People with Dark Sides,” isn’t really empathy — at best, it’s only a shell. In her words:

“When engaging in the full array of empathy, we need to: share physical and emotional feelings while knowing that those feelings belong to the other person (affective response and self-other awareness); imagine what the experience of the other person is without imposing our own interpretations (perspective-taking); not become overwhelmed while experiencing those feelings (emotion regulation); take in the context of other people’s lives including their group membership histories (contextual understanding); and do all this in a matter of minutes or maybe even seconds. That is an incredible task. It takes time and practice to learn how to do this.”

Being able to read and manipulate others, she continued, uses none of those skills, not to the depth required for true empathy.

Second: empathy in my works in progress

These are, as I’ve written, themes I’ve been exploring in my fiction — at times, without realizing it. For example,  the introduction to my first novella, “Sodom and Gomorrah on a Saturday Night,” turns out to echo Segal’s argument — even if the conclusion echoes Breithaupt’s:

When the government outlawed empathy, no one protested it much. It was a skill that had been in decline for some time; most employers argued that it, like unionizing, diminished productivity. Others, like teachers, therapists, and supervisors, thought that being able to read one another’s emotions got in the way of good old-fashioned communication. (Therapists even went so far as to differentiate between empathy as a quality, which was good, and empathy as a skill, which demonstrated a distinct lack of boundaries.)

In the speculative “Sodom and Gomorrah” universe, of course, empathy is something the characters are consciously aware of and that the government even fears. In other stories, empathy cuts closer to the way we currently understand it.

My to-be-published novelette, “Resurrection Blues” (coming soon in an upcoming Running Wild Press anthology!) is a good example. I wrote it over a period of several years, so its main character, Miranda, reflects my own recovery from burnout in the corporate world.

Struggling to reconnect with herself as a creative, though, Miranda mirrors what she’s experienced: her self-care ends with herself. Having moved to New Orleans, rather than become part of the life of the city and its culture, she expects it to work for her, on her terms. She can’t connect with New Orleans natives, and there’s a cost to that.

I’m exploring similar themes in my current works in progress: a couple of young-adult novellas, begun two years ago, which deal with the nature of outsider-ness, belonging, and the cost of conformity. Later this year, I’ll get to work on the fourth and final “Sodom and Gomorrah” novella, which will explore empathy-as-skill in greater depth. Watch this space!

What are your experiences with empathy, both in extending it to others and receiving it? Do you think it helps or hurts?

Image by kpolak from Pixabay