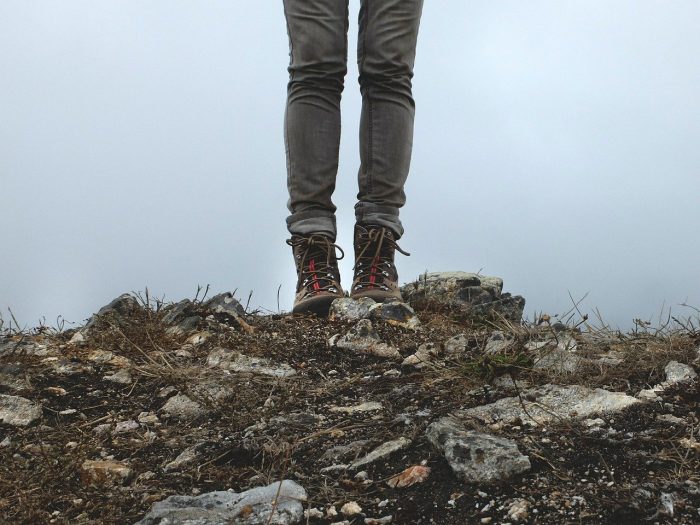 Like an apocalypse demon who’s cranky because it hasn’t been allowed to unleash its full fury upon the world (listen, dude, I get it: receive enough messages that you’re “too much,” and you too might be cranky about not being able to explore the extent of your creativity), March felt a lot like it was doing its best to rip people apart and put them back together… poorly, with some pieces missing and others sewn on at weird angles. Okay, I’m a horror fiction writer, can you tell?

Seriously, even having been through the drastic upsets associated with layoffs in both 2016 and 2019, having worked through multiple episodes of anxiety, one bad depression, and lots of uncertainty even during the good times (did I mention anxiety?) March basically tested every lesson I’ve ever learned on kinder self-talk, gentler compassion, and overall vulnerability. Following February’s curveballs and January’s creative challenges, it felt like a little bit of a cruel joke — yet compared to what many sick people and their families are going through, still a walk in the park.

The importance of anchors in times of uncertainty

A brilliant essay, “Why You Should Ignore All That Coronavirus-Inspired Productivity Pressure,” describes the importance of building a psychological infrastructure in which to feel safe to move forward. Think Maslow’s hierarchy of needs in this context; the abstract brought to the practical.

It’s a quirk of my brain that part of feeling secure, for me, is having something to work toward. That’s how I wrote my first and fourth novellas in the months following both my layoffs. It’s not so much about “staying productive” but rather, as I explained to a couple of sources recently, “big questions and projects keep me functional at times of like these.”

In other words, goals are the anchors that help me lend structure to an otherwise unstructured day, and I make it through by remaining extremely focused on those goals, even if I can’t actually accomplish related tasks every single day. The results this month were:

In between, I interviewed for and pitched new articles, recorded a podcast episode, and coordinated schoolwork with my sons’ teachers. I cried nearly every day for two weeks straight, battled trust issues, went with the flow of distraction, and practiced a lot of yoga. Say what you will about middle-class white women with our yoga: my practice has been helping me manage anxiety for more than a year, in part by helping me with my focus.

The thing about goals

… is that they’re a relatively new thing for me. For a long time, I assumed that people’s career planning happened organically; that they fell into the roles they were in, built their careers according to a series of intuitive next steps that I never could seem to access for myself.

I didn’t see the missteps, the strategic planning, or the work it took toward those goals. I also miscalculated the extent to which people generally know what they want out of life. In short, I assumed most people had their shit more together than I did.

When I burned out in 2013 I came to realize that it was because I’d been pouring too much of my “self” into my job at an energy level similar to my workmates’. In large part I think this was as much a result of my neurodivergence as any other factor. We’re more intense and in my case, more literal. Wanting to keep up with my workmates, I missed the glaring truth I’ve learned since: we’re all on our own paths (not to mention, there were probably some unhealthy habits or coping mechanisms I wasn’t seeing on their part).

In any case, that was my lesson to keep some creative work for myself. Not long after that, I started writing a novella, an urban fantasy, my first fiction in many years.

But I still lacked any kind of goals or strategy for it. At the time, I assumed I was on a “marketing career” track, whatever that “was supposed to” look like — it wasn’t clear to me. Getting laid off was my first clue that maybe marketing wasn’t for me, but it would take another three years and a second layoff to drive home the point.

In that time, I started a business — at first, a marketing-oriented one that still didn’t feel like it quite fit — wrote more fiction, and “pivoted” back to journalism, where I started. I went from “marketing career with a little creative side gig” to building something entirely different.

Settling on a main goal

It was the first step towards making goals, though it took another few months to work out my platform. Not only was I publishing as a fiction author writing in both children’s and horror genres; adding journalism was a new layer, and “I just write whatever the hell I’m interested in” isn’t exactly a platform.

This past year I did some digging into what interested me enough to write about across all those genres, and what I came up with was this: I seek to inspire radical empathy through my writing.

So while some of the sources and others I’m working with might look at the way I go spinning off on shiny new project ideas and laugh at the notion of my having goals (much less being focused on them), everything I do ultimately comes back to that single goal, and it’s the measuring stick by which I decide whether to work on new projects: to try to put some good out into the world.

And at a time when we’re all being encouraged to have more compassion for ourselves and others in order to heal ourselves, our loved ones, and the planet — in the face of mass layoffs, the prospect of poverty and supply shortages and of course sickness and loss — that’s enough of a career goal for now.

How did your experiences in March help you adjust your goals this year?

Image by Free-Photos from Pixabay