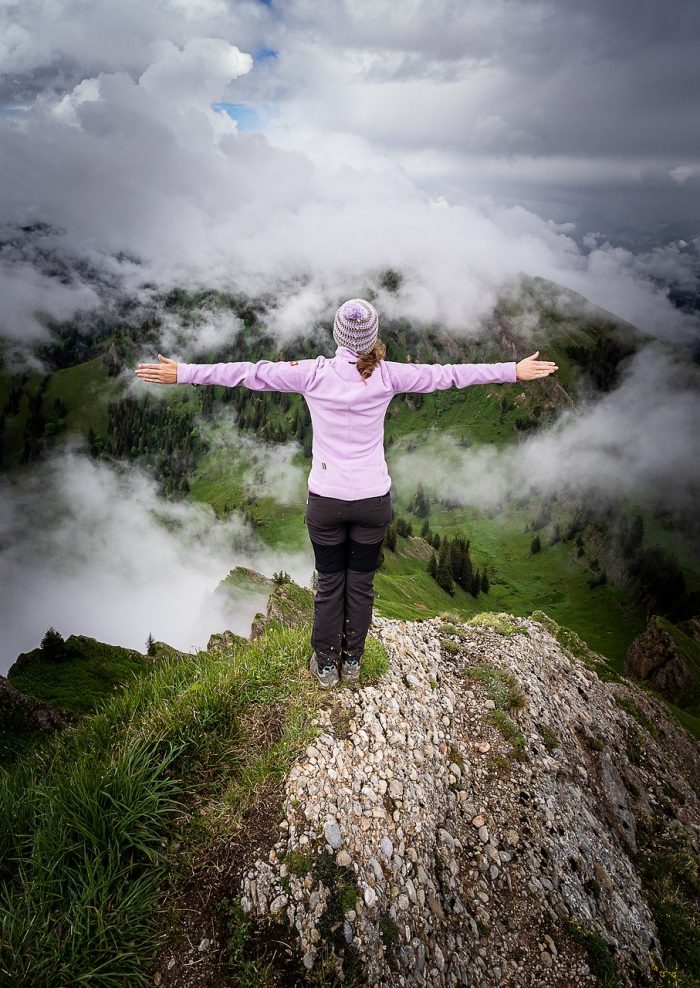 I’m writing this while staring out my window at the weird high, bright overcast of a Saharan sandstorm that’s apparently normal for both this area and time of year — even though it’s the first I’ve ever heard of it — but is unusual in its intensity.

June has been another Month. Some things are going really well, mainly on the career front. Other things are, as my teen sons say, “cringe.” Like the fact that both my (old) stove and my (new) dishwasher are both broken, our home needs repairs we can’t afford, and the brand-new faster wi-fi has a way of randomly dropping off the network. Things you don’t want to have to spend the time on dealing with because they knock you out of flow (no matter what the disruption is there to teach you).

Yeah, life kind of feels right now like a bad job or relationship where you know something drastic needs to change, but you aren’t sure what or how. Which is, in my experience, when it tends to happen for you.

While I’m tightening my already-buckled belt, here’s some of what’s going right:

What I worked on this month

I finally launched Raccoon Retreat, the children’s book that took so long to get off the ground due to a variety of factors; most recently, current US events made it feel inappropriate to post, until finally I reached this conclusion:

As I wrote in that other blog, “baby raccoon dystopia” offers some anchor points that would enable kids to learn lessons for themselves as well as about animals. A lot of us feel as uncertain and lost as the young raccoon characters, and what we’ve found is — social distancing notwithstanding — the need to rely on one another in ways we might not have imagined at the end of last year. Ultimately, I hope the book offers some insight into resilience when your entire world turns upside down.

Also on the fiction front, I had short story published for the first time in a long time. “At Heaven’s Door” started out as a much longer story — 10,000 words — but I was able to pare it down to 3k by working with editor Sara Marchant to select its strongest scene and then build it up from there. Someday I’d like to see the full story published, but in the meantime, my deep gratitude goes to Sara and to Kit-Bacon Gressitt for their guidance, and for making a home for the story at Writers Resist.

(Incidentally, yes, the title comes from Bob Dylan’s song. I always was curious about why a cop would give their badge to their mama and bury their guns in the ground, so I wrote about it.)

I attended the Digital Forensic Research Workshop (DFRWS) for the first time ever, in its fully virtual European incarnation. I heard some really interesting presentations that provided whole new angles to projects I was already working on for Forensic Focus, and I’m working on building connections with new people. You can find my recap here, along with a special spotlight on the conference’s keynote here.

Some of the themes I plan to explore this summer include standardizing different aspects of digital forensics, and what they might mean for law and justice. If you’re interested in that kind of thing, keep checking back at Forensic Focus!

Although I didn’t record a podcast episode this month, I had a good reason — setting up new internet because AT&T hasn’t yet installed fiber infrastructure that can support podcast-worthy speeds. New episodes are coming soon, and if you want to be interviewed, please let me know.

In possibly the second biggest leap I could’ve taken outside my technical niche, I write lifestyle articles for the regional publication Plateau Magazine — a decent gig that helps me stretch outside my comfort zone, not just in terms of content but also in terms of length and turnaround time (more on this in a bit). This month I wrote about landscape design and a lakefront getaway spot.

Finally, I helped to coordinate an IWW Freelance Journalists Union effort to get digital press passes to fellow freelance journalists covering the protests, which honestly, felt pretty good, even if hearing about what happened to them was sobering to say the least.

I hired a journalism coach

My experiences with coaches (and therapists) have not gone well in the past. My collaborative style can seem, to a neurotypical person, argumentative or stubborn when I’m trying to figure out how to make a process work for my brain.

And yet, I was in a rut. Much as I love writing in-depth 3,000-word (or longer) pieces — and still believe there’s demand for them — most outlets want much shorter work, turned around much faster. I’ve never been an especially fast writer, but this year I learned I could turn a short piece around in about 2 weeks, so I wanted to capitalize on that.

The first thing I did when I emailed longtime journalist and coach Caitlin Kelly was to let her know I was likely to be a difficult client. She was exceedingly gracious and, even without ADHD, seemed to understand where I was coming from, so I went for it.

I started with pitching, and sure enough, my pitch style was too long and too broad. Caitlin encouraged me through thinking more critically about my ideas and how to develop multiple stories out of a single idea — a thing I knew was possible, but struggle with because my big-picture brain has trouble disentangling multiple intertwined threads. Her coaching style was less “how to do” and more how to think about what I was doing… so I can make it work for my own creative process.

The one caveat to all this is that, well, more ideas are more ideas. They may be smaller and shorter, but I still have to develop and pitch and sell them, and that takes time and effort, which can be at odds with my executive dysfunction. But I may have a solution…

I dropped out of social media

Early in May I hit a wall, an early warning sign of burnout for me. I was able to take a week off in relatively short order, and during that time I went way, way offline… and liked it. So much that I decided to see what would happen if I kept it up during workweeks.

Facebook, to probably no one’s surprise, was the biggest culprit. I used to post at least once per day, but over time found it becoming an increasingly toxic distraction — not because I have poor choices in friends, but because of its impact on me.

It got noisy. All the posts — even the cute raccoon ones — began to blend in. During both lockdown and the Black Lives Matter protests, I saw blatantly ugly posts from people I’d respected till then. But sharing my voice made me feel self-centered and performative. Ultimately even light-hearted ADHD memes started to feel steeped in privilege when I could see friends suffering.

LinkedIn had started to feel the same, and Twitter has been a dumpster fire for a long, long time. So, for all intents and purposes — as author Marie Le Conte wrote in the story I just linked, “I would rather be no one if it means I am no longer turned into someone I am not” — I dropped out.

Lo and behold, my productivity improved (along with my reading habits; I now reach for a book when I need a significant break). I culled my connection lists and started working on building friendships and professional relationships one-to-one, as well as more intentionally considering my purpose in life and where it might converge with others’.

And I began to work on projects that I felt would move me forward, part of which involved reflective practice around my ADHD tendencies. Without the distraction of scrolling through social posts, I started looking for new hacks:

I wrote this in my journal: “Why don’t I talk more about neurodivergent writing processes on social media?” It’s not like I feel I have to hide it, and really, #ADHDTwitter and #NeurodiverseSquad in general have been wonderful resources as I’ve embraced my neurodivergence and all that it means for my life. So if I ever feel up to posting more, again, that may be a good starting point.

Image by Lars_Nissen from Pixabay