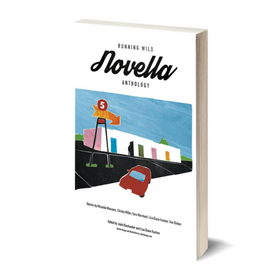 What if human trafficking and other crimes were legalized — and used by an entirely privatized government to “help” citizens pay off debt?

In this novella, first published in the Running Wild Press Novella Anthology Vol. 1 (and later in the Running Wild Best of 2017), narrator Ray Trueman has been a cop throughout his entire adult life, except that the enforcement duties he carries out now barely resemble the public service he built his career on. With government entirely privatized, his job security is only as good as the number of fines he can level against residents in the coastal homeowners association that hired him.

Yet, when one of his residents is possessed by the spirit of a murder victim from the now-legalized human trafficking industry, he’s driven — both by the memory of his own missing daughter and by his buried sense of service — to put what little he has left on the line for the chance to help a corporate counterpart and an illegal rescue group inspire an unconventional kind of revolt.

Find out about my in-person and virtual author visits!

How can dark fiction and children’s fiction coexist in the same brain? Easy: for me, reading and writing fiction is all about processing the world and instilling a little bit of hope. Elements from both genres cross over, so that both kids and adults can process the scary things they observe and experience — but also find clues for how not to let it get them down.